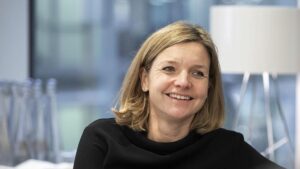 Ofcom has appointed a former executive from Google to oversee its new role as regulator for online safety, ahead of new laws to police the internet which are due to be introduced in the UK next spring.

Gill Whitehead was a member of Google’s UK management group and also ran the Digital Regulation Co-operation Forum, which brought together bodies working on digital regulation. She will join in April.

The media regulator has been hiring technology and data experts and bringing in people from the big technology firms in order to boost its understanding of the sector as the new regime comes into force.

The Online Safety Bill will make technology companies more responsible and accountable for the content on their platforms. It also gives Ofcom the powers to fine them up to 10 per cent of worldwide revenue and to take other measures if they do not comply. About 25,000 businesses — mostly social media and search platforms and those that host user-generated content — will be affected, with the big companies having more responsibilities.

The bill has been a long time in the making, since its genesis in a 2017 green paper. This week the government removed one of the most controversial elements to address concerns that it restricted freedom of speech. Sections that covered “legal but harmful” content, referred to as “lawful but awful” seen by adults have been changed so that the government does not dictate a list of such harms. There are new measures to stop over-censorship by technology companies, and adult users will have the ability to filter out problematic content.

Whitehead said: “Being online brings huge benefits but right now it also comes with risk. Over time we can achieve a safer life online for everyone, and I’ve been impressed at how quickly Ofcom has developed its skills and brought in talent from across the tech sector. It will be a real privilege for me to lead those teams.”

Whitehead’s appointment brings the total number of directors at Ofcom who have come from big technology companies up to four. Sachin Jogia, chief technology officer, came from Amazon, Jessica Zucker joined the online safety policy team from Meta and Simon Redfern, director of communications, was formerly at Google.