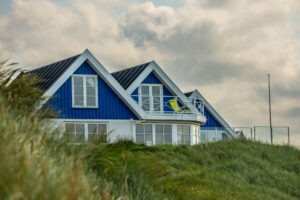 Ministers will make it harder for new properties to be turned into holiday homes under plans to see off a Tory rebellion on planning rules.

Michael Gove, the housing secretary, is in talks with a group of up to 60 Conservative MPs who are threatening to inflict a string of Commons defeats on the government that would severely restrict housebuilding in England.

Gove is considering restrictions on properties built in tourist hotspots. Owners could be forced to submit a “change of use” planning application to the council if they wanted to let them to short-term visitors.

Gove is also preparing to impose further sanctions on developers who delay building on land that they already own with planning permission. This could result in “use it or lose it” powers to rescind planning permission unless building has begun within a year.

Other amendments being considered by ministers include measures to incentivise construction on brownfield sites, and giving residents a new right of appeal against planning permission for unpopular developments.

Gove is resisting the rebels’ central demand to allow local authorities to ban all greenfield developments other than in “exceptional circumstances”. This, ministers say, would make it impossible for the government to meet its promise to build 300,000 homes a year.

However, one senior Tory source said that concessions in other areas would be “far-reaching”, adding: “They are definitely in deal-making mode.”

Proposed changes to the Levelling Up and Regeneration Bill could address criticism that coastal communities are being hollowed out by a surge in holiday homes. Figures released this year showed that more than 17,000 properties in England were switched to become short-term lets since the Covid-19 pandemic began. House prices in seaside resorts rose by 13.9 per cent on average last year compared with a national rise of 9.9 per cent, according to the property website Rightmove.

The planning rebellion has been led by the former cabinet minister Theresa Villiers and Bob Seely, MP for the Isle of Wight. Others threatening to defy the government include the former party leader Iain Duncan Smith and the former home secretary Priti Patel.

One of the rebels said they were “definitely making progress”. They continued: “We’re clear this is not about stopping development but stopping the wrong development in the wrong areas. I think we’re going to see the government coming forward with its own amendments which will do a lot of things that we are calling for.”

Another rebel called for help “in coastal areas where too often new houses end up becoming [for] tourists rather than homes for local people”.

Meanwhile, the average age of first-time buyers has risen to 37 as the cost of living crisis makes it even harder to purchase a home, according to a survey.

The First Direct bank found that the average age had jumped by five years since its last poll in 2020.

Since then, increasing mortgage rates and inflation have raised the barriers. It is taking longer to save for deposits, with the bank estimating that it takes an average of seven-and-a-half years to get one together.

The data revealed that 77 per cent of prospective purchasers are concerned about their ability to get on the property ladder. The vast majority of respondents — 86 per cent — identified the cost of living crisis as an obstacle, with 59 per cent saying difficulty with saving for a deposit was a major obstacle.

Just 35 per cent said they would be able to buy without help from a partner or family member, and 28 per cent are waiting for an inheritance to help them get on the housing ladder.

Chris Pitt, of First Direct, said buying a property was a “distant dream” for many. “What this study shows is the time it takes to save and realise the dream of home ownership — it is a long time and getting longer. The state of the economy will only make this situation worse,” he said.